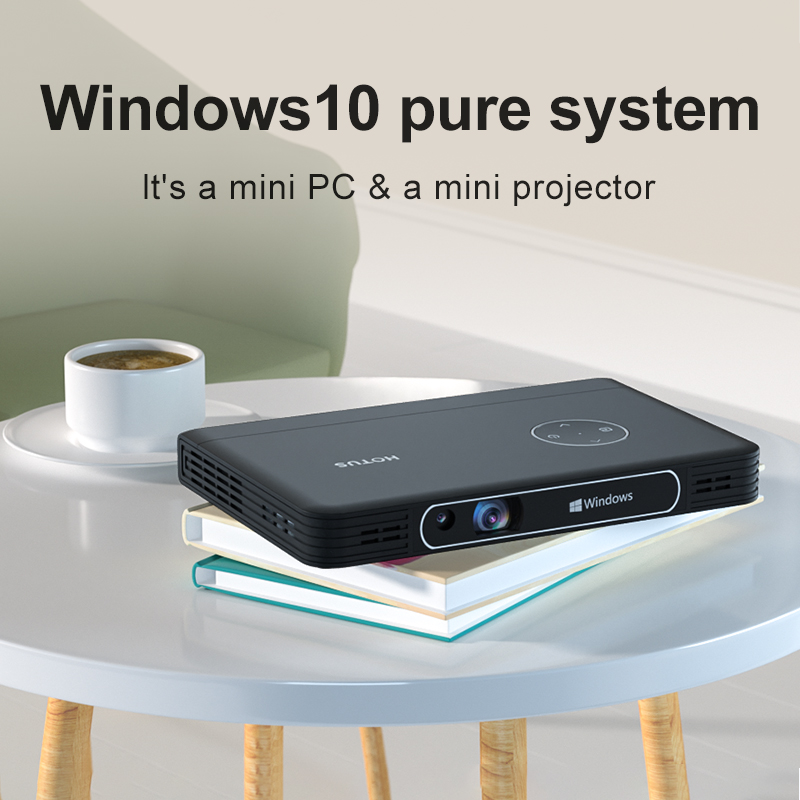 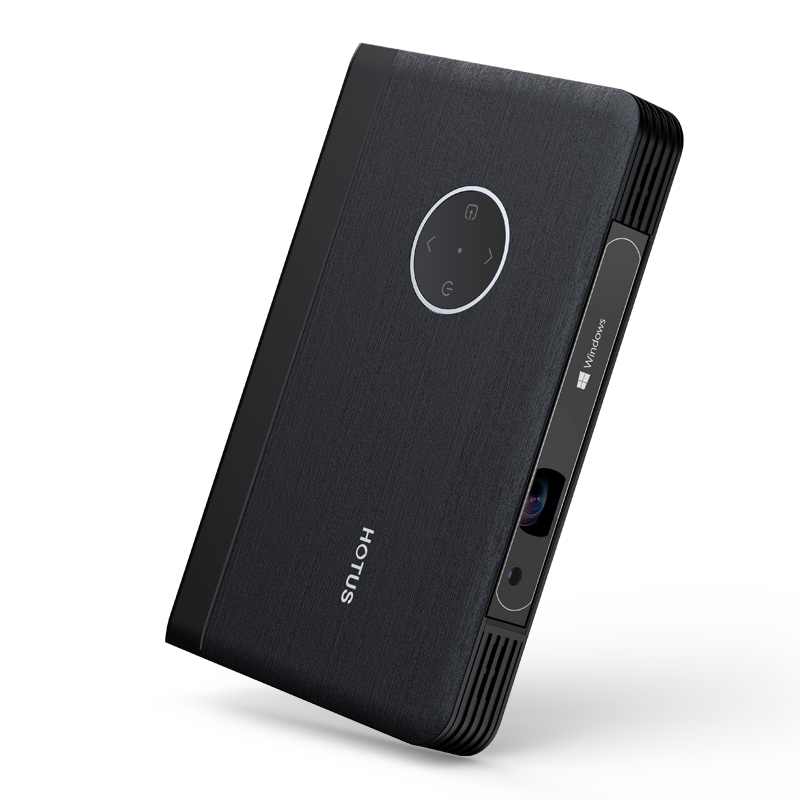 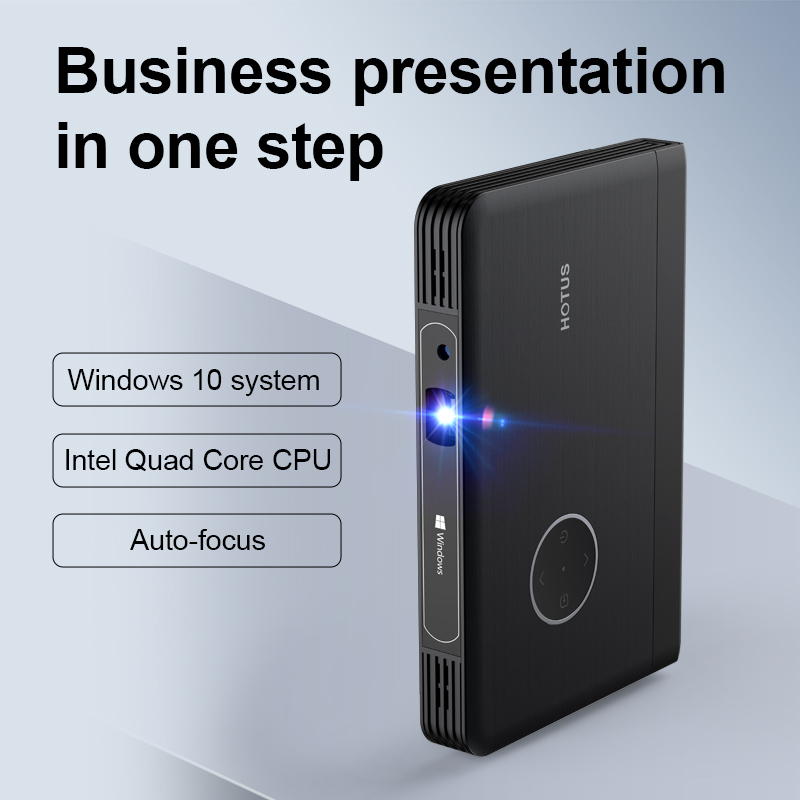 x
Send Us An Inquiry

This is a unique and popular portable projector, its biggest feature is the two-in-one computer projection and the use of windows system, it is the only product in the market. 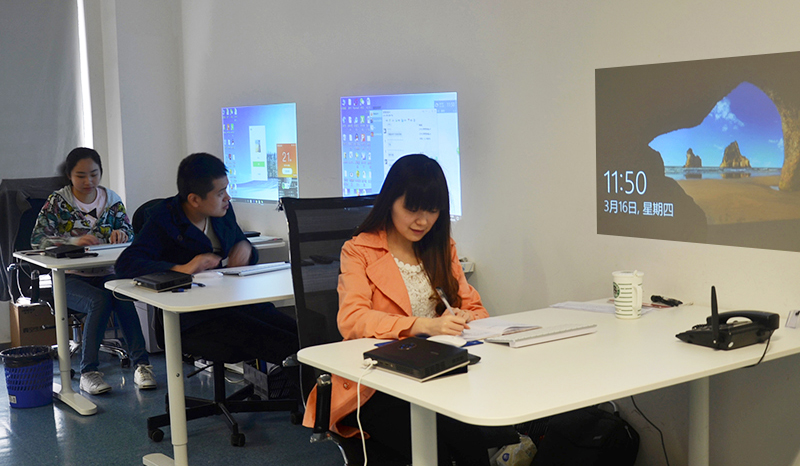 Hotus H2 is a portable business projector and also a mini computer with windows 10 system, which is exactly the same in use as the usual windows system computer. The Hotus H2 portable DLP(What is DLP, 3LCD, CRT ?) projector is equipped with an Intel Atom quad-core CPU, 4GB of RAM and 128GB of EMMC storage, which is fast and has more than enough storage capacity. It is fully capable of meeting daily business use. 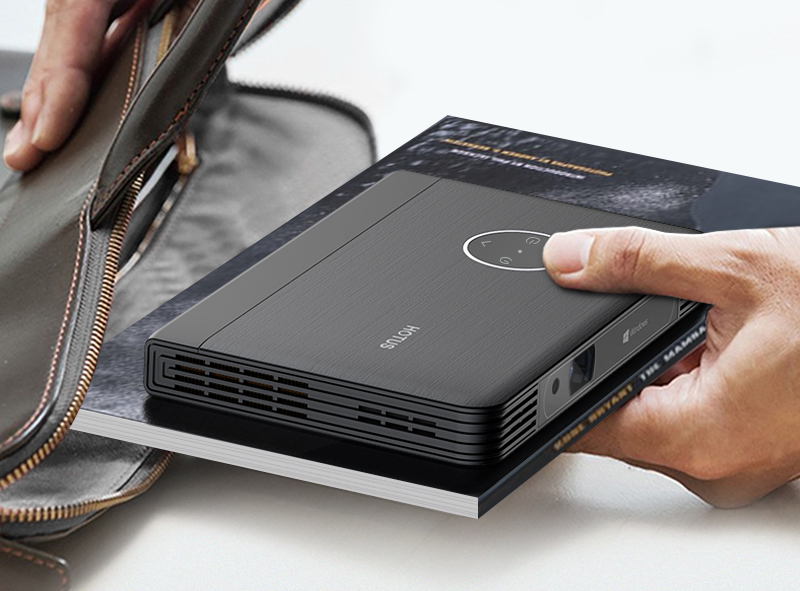 The Hotus H2 portable business projector is inspired by books and is about the same size as a common notepad or book, so it can be carried in your pocket anywhere, anytime, and it weighs less than two 350ml bottles of Coke combined. It comes with a 10,000 mAh lithium battery, enough to support use in the office, outdoors, cafes and other places, and can also be used as a mobile power supply for mobile devices to replenish power. Now let's take a look at the Hotus H2 portable projector's specific parameters.

Hotus H2 portable DLP projector is small and light, only 21.4*14.2*2.5cm (the size of half A4 paper), 735 grams, suitable for carrying and putting into a handbag, light weight, suitable for carrying when traveling. These photos below are actual photos taken on different occasions, and the performance is strong while being easy to carry. 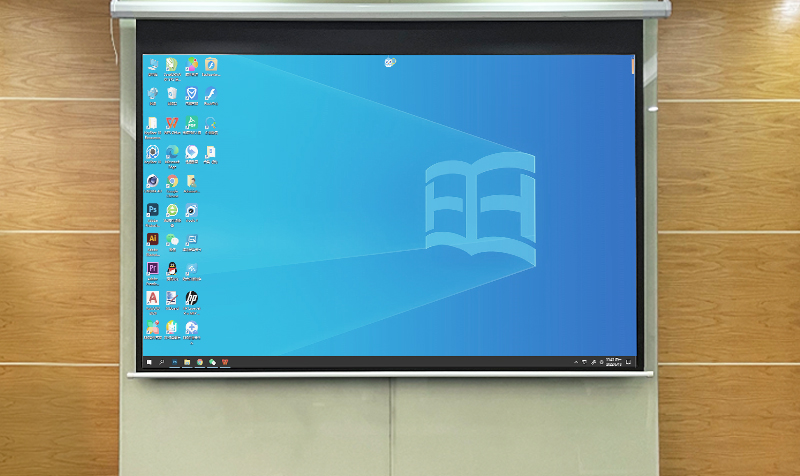 Standard native resolution of 1280*720P is used, and 4K and 1080P video playback is supported. In fact the Hotus H2 portable projector is a screen-less computer, so all the features supported on the computer are fully supported on the H2 as well. 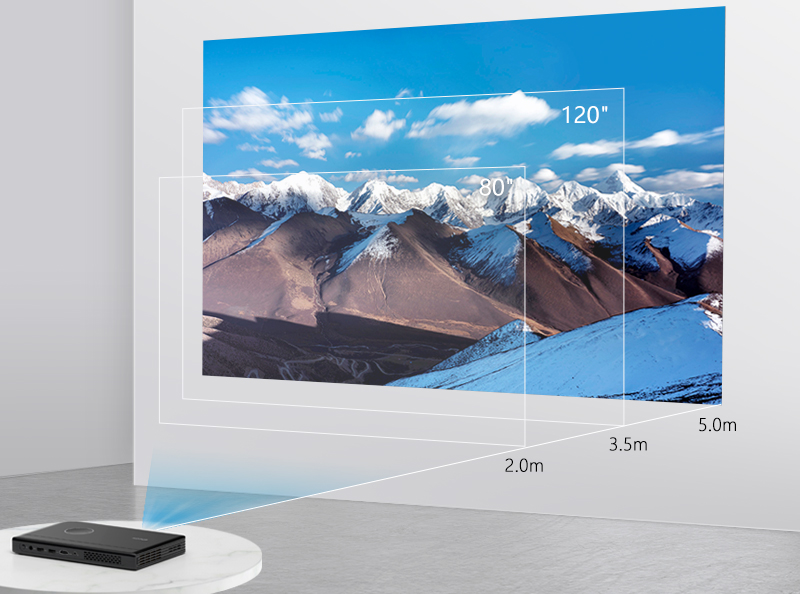 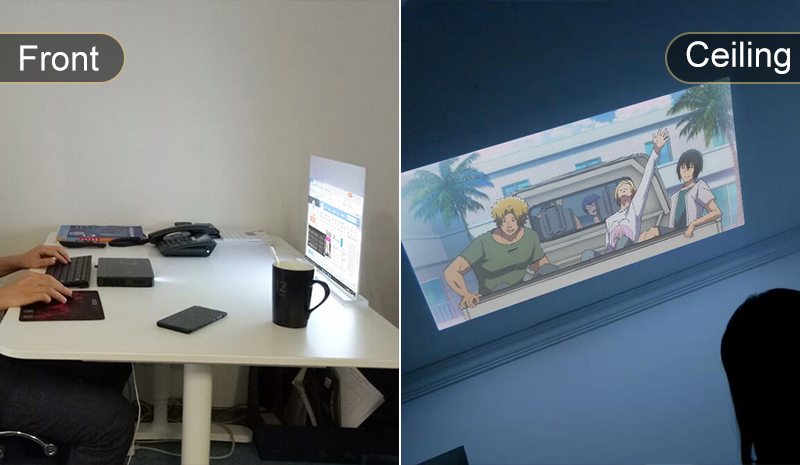 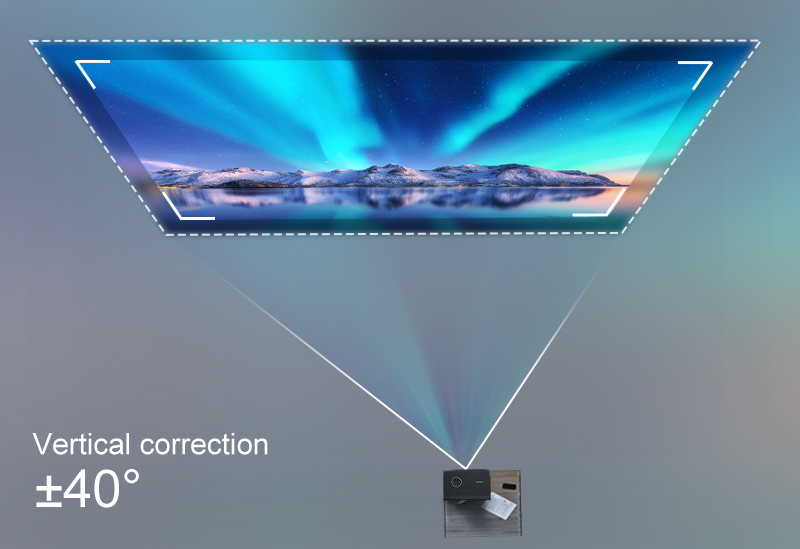 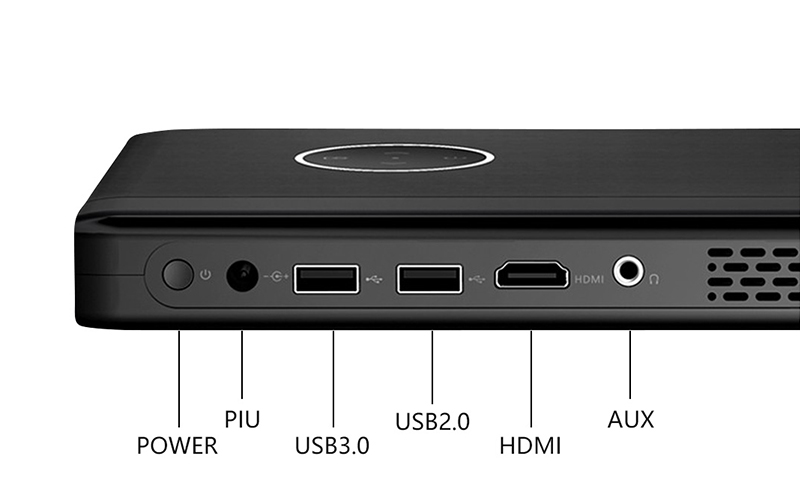 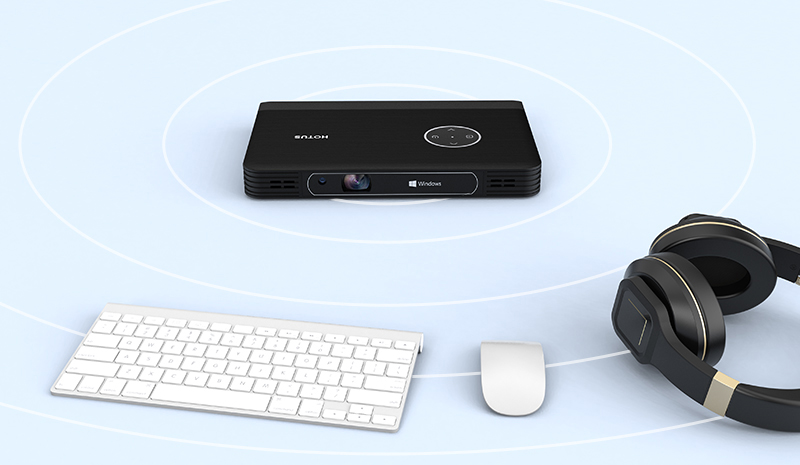 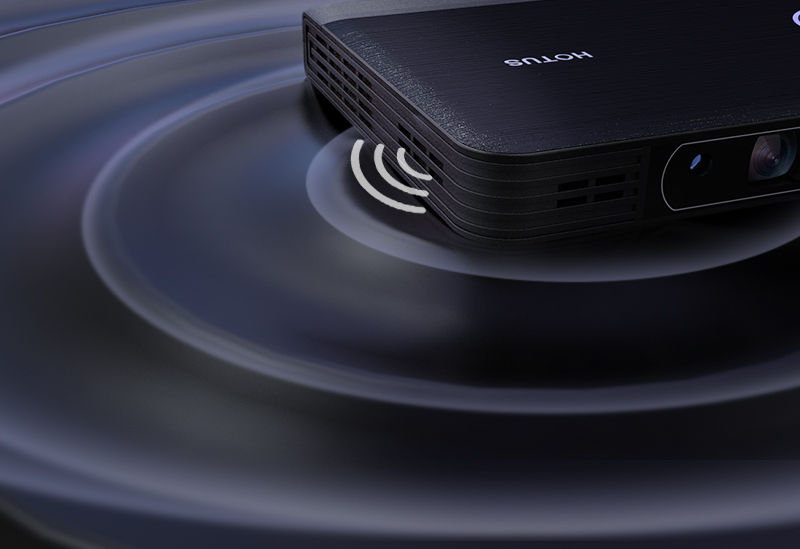 Equipped with two 2-watt embedded waterproof speakers, you can not only experience the fun of movies and music, but also make your business presentations more fleshed out without the need to link additional speaker devices.

Built-in 3.7V 10000mAh lithium battery, fully charged can support the use of about 120 minutes . It can support the power demand in outdoor or encounter unexpected situation, and also can be used as a rechargeable battery to power mobile devices. 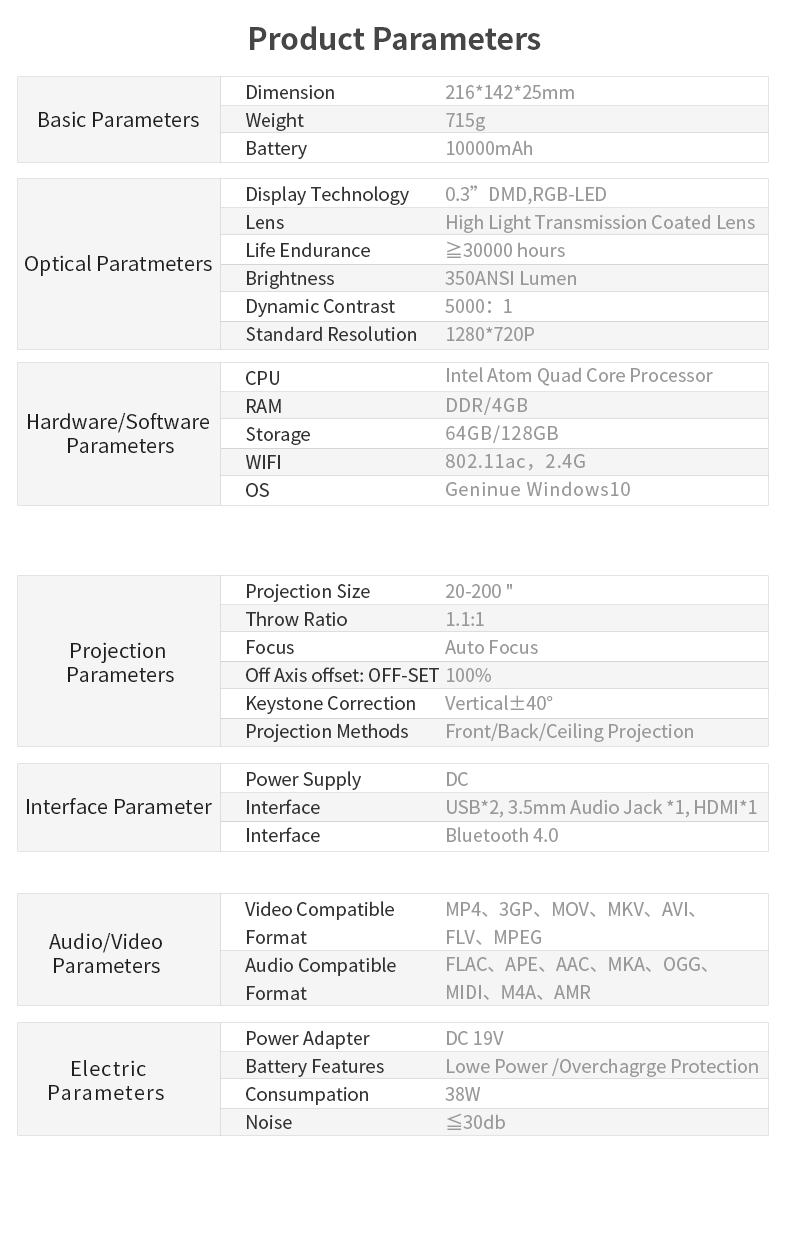 Hot Tags :
Send Us An Inquiry