Is there a device which integrated the functions of the laptop and projector?

Hotus Technology is the first one China smart projector manufacturer who has made the mass-production for the Windows 10 operating system DLP projector on global market, B5 is a highly integrated product which contains the computer + projector + digital black technology product of the power amplifier speaker + mobile power bank,which is designed by the German Red Dot Award team. As a China Smart projector factory , Hotus Technology with the designing concept on fashionable and novel sliding cover switch design which can effectively protect the lens of the machine. The body is made of aviation aluminum alloy, high-end atmosphere and texture. Germany’s OSRAM LED light source has a life span of 30,000 hours, 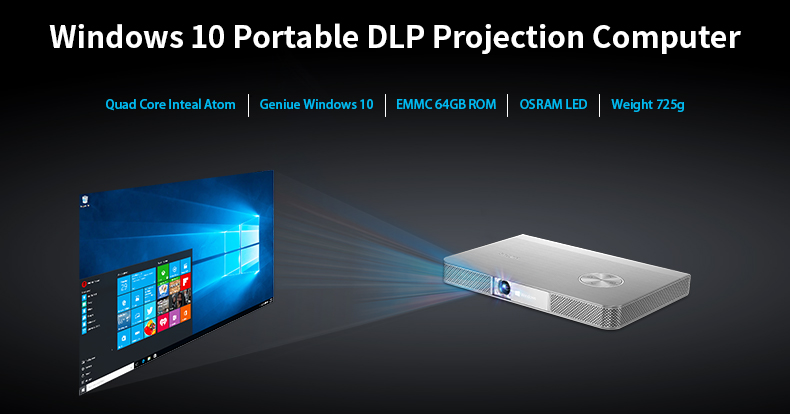 As for the hardware of the B5 model DLP projector, it is equipped with Intel Atom Quad Core processor, 2GB RAM and 64GB storage, 2.4Ghz and 5Ghz dual-band WiFi. It also supports the Miracast and Airplay function of smartphones, which is convenient for casting the screen content of the phone to the big screen. In addition to having the air-mouse function, it also has a laser pen pointer to spot the content of the meeting or training at any time. The one-button turn off the light machine function which allows you to control the rhythm of the meeting or training at any time. With such a versatile smart projector, its size is only half of normal A4 paper, and its weight is only 725g. It is easy to carry out. It has a built-in 12000mAh high polymer lithium battery and 150 minutes standby time after fully charged. 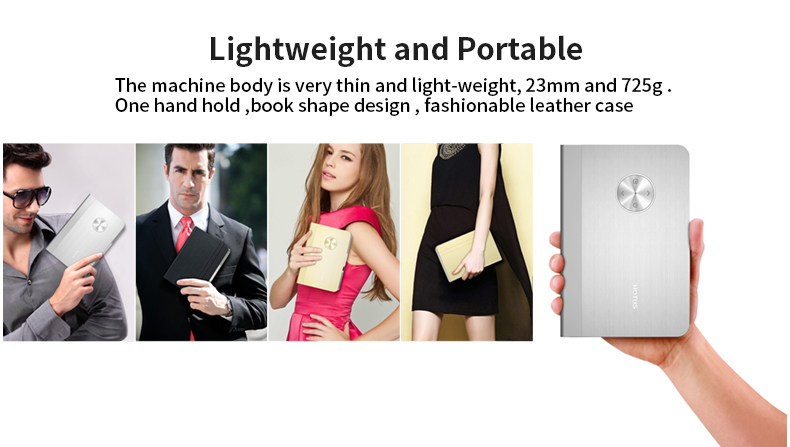