First of all, laser light source is an indispensable and important technology on laser projector . For the laser light source, it is divided into three different types: monochromatic laser, two-color laser and three-color laser. Faced with these three laser technologies, which one is the best solution? This is a problem that plagues many users who plan to purchase laser projectors. 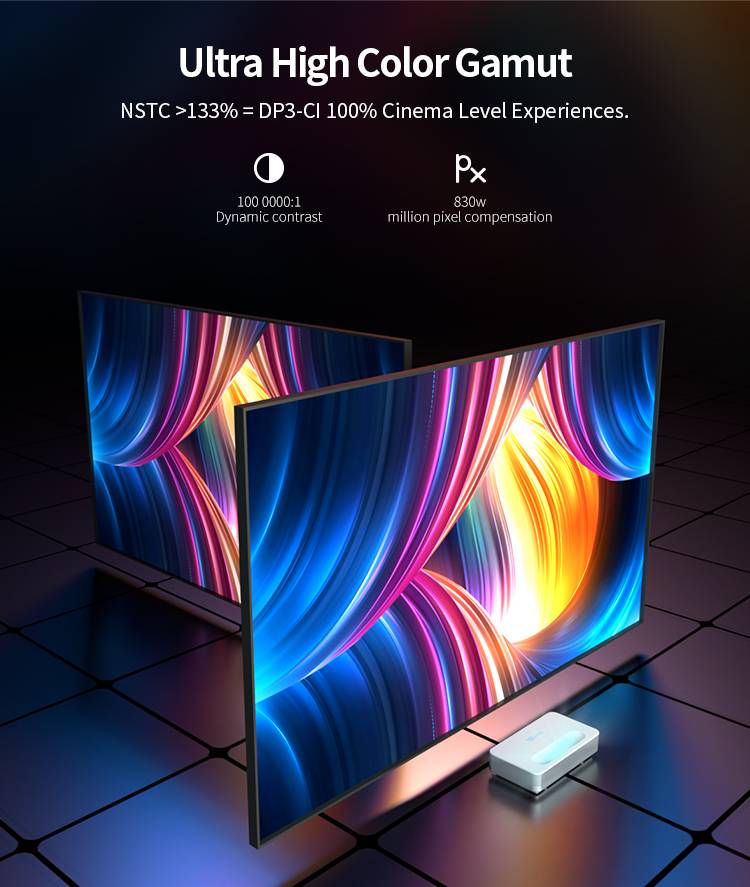 1. What is a laser light source?

To know the laser light source, you need to know what a laser is. I believe that many friends who came into contact with lasers were using laser transmitters for a few dollars that they bought in the shops around the school when they were young. At that time, we only knew that lasers were a beam of light and existed as a kind of toy. So what exactly is a laser? To be simple, a laser light source is an electric light source that emits light through excited particles under the action of stimulated radiation. It is also a coherent light source (refers to light with the same frequency, non-vertical vibration direction, and constant phase difference. The two beams meet Coherent light can also be called coherent light). 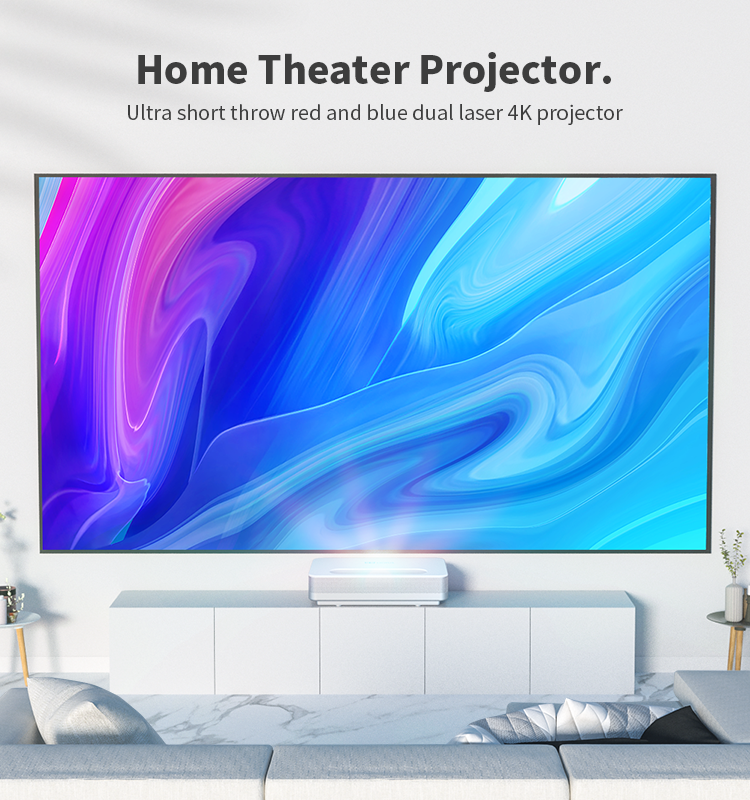 2、Second, the advantages and disadvantages of laser

The color emitted by the laser is relatively purer, and its monochromaticity is more than 10 times higher than that of ordinary light sources. Therefore, the laser light source is an excellent coherent light source and can also be used for optical communication.

The divergence solid angle of the laser beam is very small, on the order of milliarc, which is 2 to 3 orders of magnitude smaller than that of ordinary light or microwave.

The radiant brightness at the focal point of the laser is 10-100 times higher than that of an ordinary light source.

Of course, these advantages have not been fully demonstrated at present. After all, lasers also have disadvantages, such as the high cost of laser light sources, especially when implementing color displays, the problem of the mismatch between the brightness and lifespan of the green light source and the red and blue colors is also troubled. In this industry. 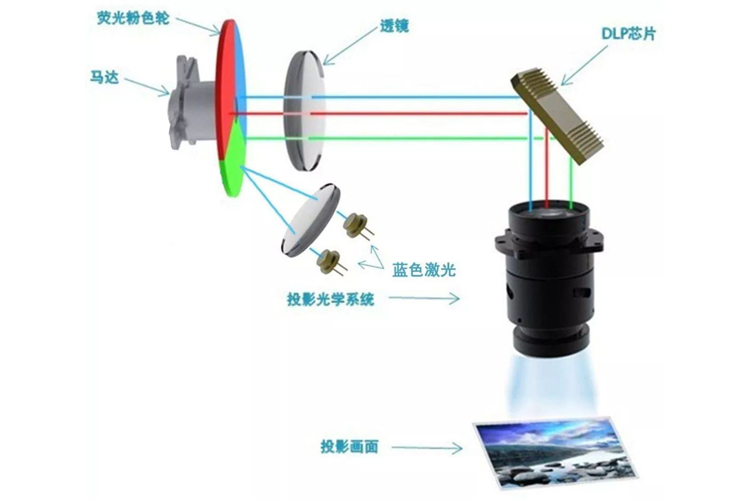 3. Why are there single and dual colors in laser projector ?

Traditional televisions, monitors and other equipment must follow the principle of "three primary colors" in order to present images, that is, red, green and blue, also known as RGB, can be combined to form various complex colors, and laser projector s are the same. 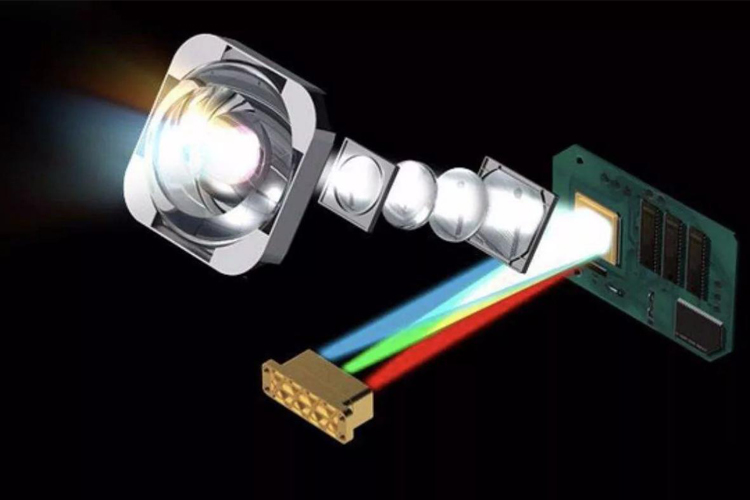 Two-color laser can be regarded as a compromise between monochromatic laser and three-color laser: a new red laser generator is added, and green light is generated by the reaction of blue laser and green fluorescence to form RGB three colors. Compared with the monochromatic laser, the dual-color laser has a significant improvement in brightness and color (mainly red and yellow). Compared with the pure blue light source laser display, the "blue-violet picture is particularly prominent" The color space unevenness of the two-color laser will significantly improve the color gamut coverage, balance and visual comfort. 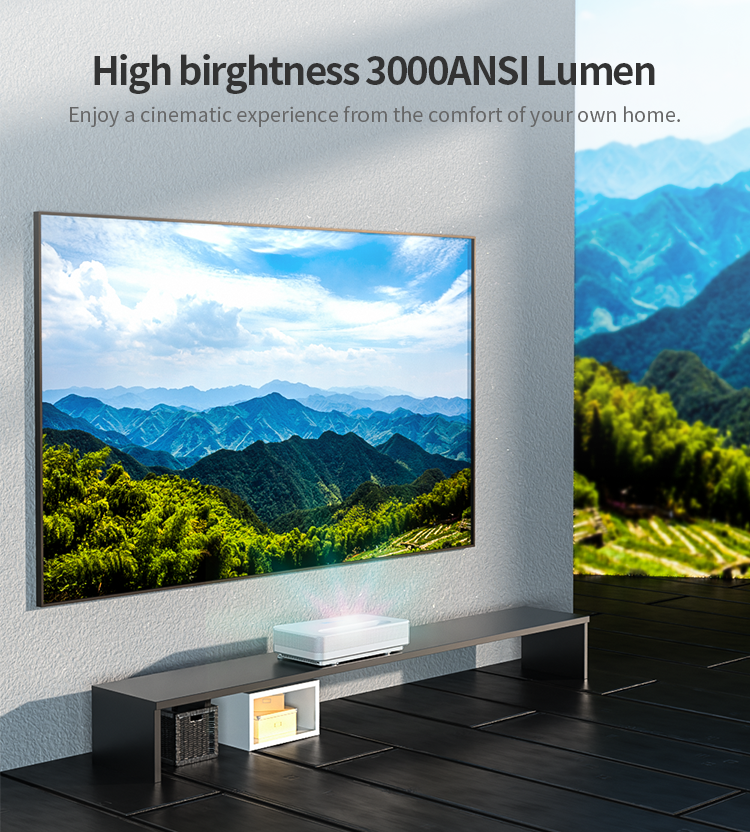 4、Four, which one to choose

As can be seen from the laser projector s currently on the market, the prices are uneven. For example, cheap laser projectors can even cost less than 5,000 yuan, but this type of projector is not recommended to buy. Because this kind of product uses the old laser technology that has been eliminated, the color and brightness are not high. The price of projectors that really use dual-color laser light sources is basically maintained at about 10,000 yuan, so for ordinary users, perhaps the cost-effectiveness of monochrome laser projection is more ideal. 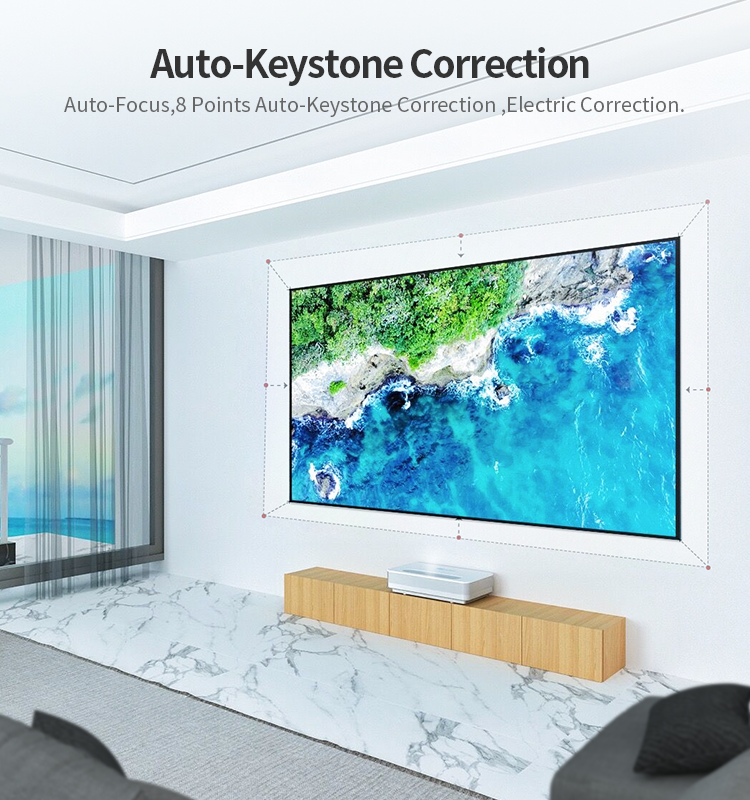 Of course, with the development of technology, the price of projectors using laser technology like MCLA will gradually decrease. At that time, Chinese laser projector  manufacturers will vigorously produce laser projector s, allowing more families to install a home theater at home.