What is the difference among the Long-throw, Short-throw, and Ultra-short throw of a projector?

How to choose a suitable projector by the projector's throw ratio?

Before buying a projector, we need to consider where the projector would be installed? Are we buying back for using at home or for business? Is the space relatively narrow or wide enough? In addition, how to be installed would the device show the best projection effect? If you want to better solve the above doubts, we may wish to refer to the important indicator of the projector - the Throw Ratio.

# What is the throw ratio of the projector mainly related to?

The throw ratio is mainly related to the projection distance and the projected screen width.

* The projection distance, is the straight-line distance between the projector and the screen/white wall.

* The projected screen width, is the distance from the left to the right side of the projected images on the screen/white wall.

* The throw ratio, is the ratio of the projection distance to the screen width.

# What is the difference among the Short-Throw, Ultra-Short Throw and Long-Throw of a projector? 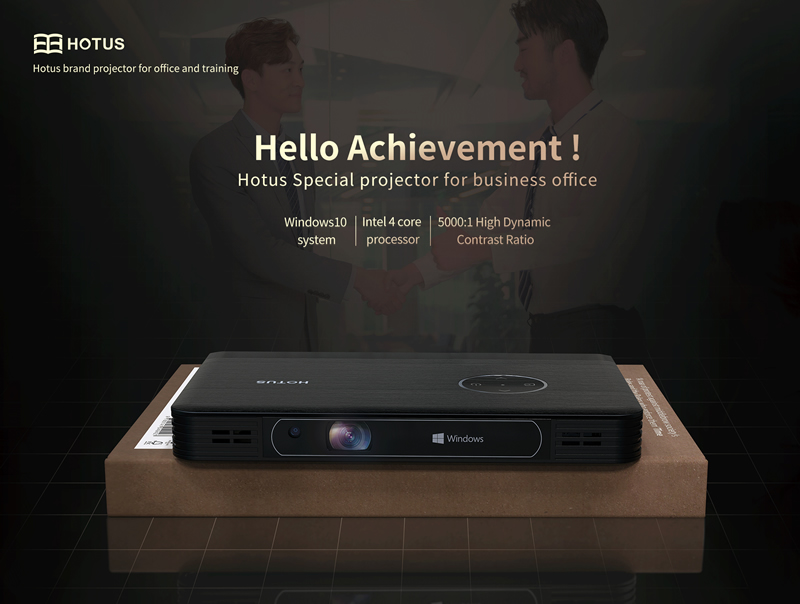 * The long-throw projector, assuming that we want to have a 100-inch projected screen, which usually requires a projection distance of more than 6 feet (about 1.9 meters), and generally requires a large enough space to use it.

* The short-throw projector, assuming that we want to have a 100-inch projected screen, which usually requires a projection distance of about 4.5 feet (about 1.3 meters). This kind of device is more suitable in meeting room or classroom. 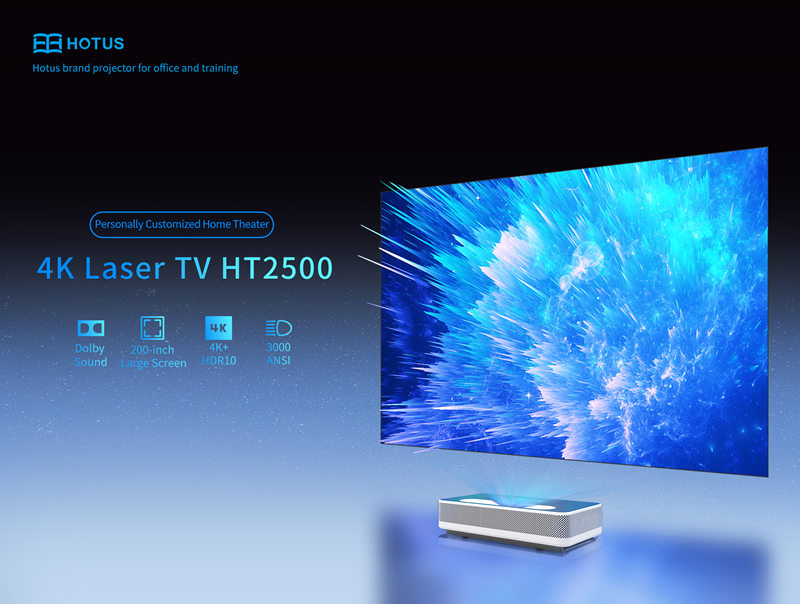 * Ultra-short-throw projector(UST), it usually requires about 15-20 inches (about 0.5 meters) to project a 100-inch screen. It is suitable for small places such as bedrooms, living rooms, and outdoor travel RVs.

# Some advantages and disadvantages of short throw projectors

It is especially suitable for using in business and education, as there is less chance that the presenter can block the projection when trying to present. That means the projector does not need to be placed in the middle of the audiences or very far away from the audiences.

Most short throw projectors don't have a zoom feature. When installing the projector, care needs to be taken to install the device at the correct distance point. The Mini Windows H2 projector, HT1500 Interactive projector, HT2500 4K laser TV from Hotus, they all have auto zoom function, so the users don't need to worry about focus changing.

Illuminance uniformity. In fact, most projectors project images whose corners are not as sharp as the middle or the opposite corners. With the development and maturity of technology in recent years, it has been greatly improved. Mini Windows H2 projector is over 98%, HT1500 Interactive projector is over 90%, HT2500 4K laser TV is over 85% JBMA, the users don't need to worry about the uniformity of projected images.

Short-throw projectors generally require a very flat screen to project, especially when using ultra-short-throw projectors. Rolling or folding projection screens are not recommended. Because the image projected by these two kinds of devices may look fluctuating. It is best to stick to fixed frame screen or projection whiteboard with a good quality.