How does a general projector mirroring the screen?

As the name implies, you need to connect the HDMI high-definition video cable to mirroring the real-time images onto the screen or white wall.

Now the mainstream projection method is to use wireless projection screen. HOTUS B5 portable windows projector can easily realize wireless connection, leaving the cumbersome wiring and even not needing to plug in the power cord.

How does HOTUS B5 windows projector achieve wireless screen projection?

It has the following two special functions:

1. The B5 windows projector is a microcomputer.

Similar to a computer that moves the screen to the wall, and can be connected wirelessly with wifi, our B5 windows projector has a built-in wireless screen mirroring module to easily solve the networking problem. Just like a mobile phone searching for a wireless network, you can enter a password to connect, which is extremely simple and convenient. 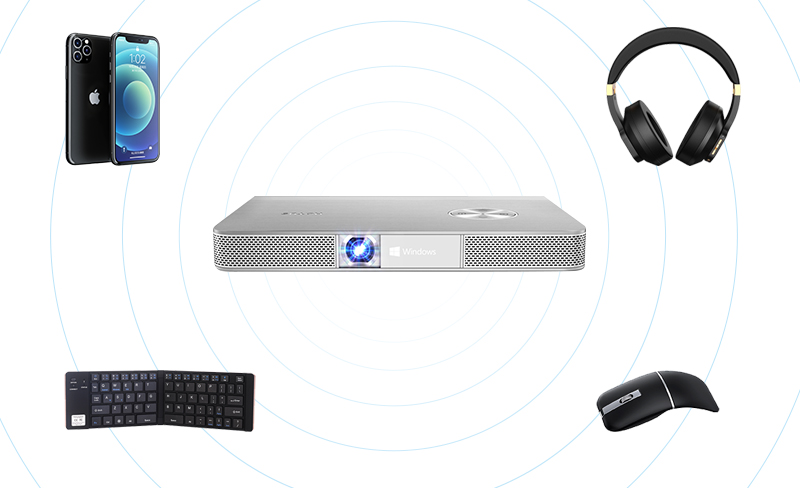 2. B5 windows projector can stand by for a long time.

It has a built-in 12000mAh rechargeable battery. The super large battery capacity can last for 2 hours after fully charged. This means that we can achieve real-time screen projection without connecting the power cord. This is really 100% wireless screen mirroring.

With these two functions, we can carry the B5 windows projector like a small computer and enjoy the unlimited portability that the projector brings to everyone.