A portable windows projector for everything

Speaking of projectors, everyone should not be unfamiliar. Most of people deal with projectors when they are in class or at company meetings . With the continuous advancement of projector technology and the continuous improvement of people's living standards, many people began to pursue the feeling of watching films at home, so home projectors began to gradually enter the lives of ordinary people. 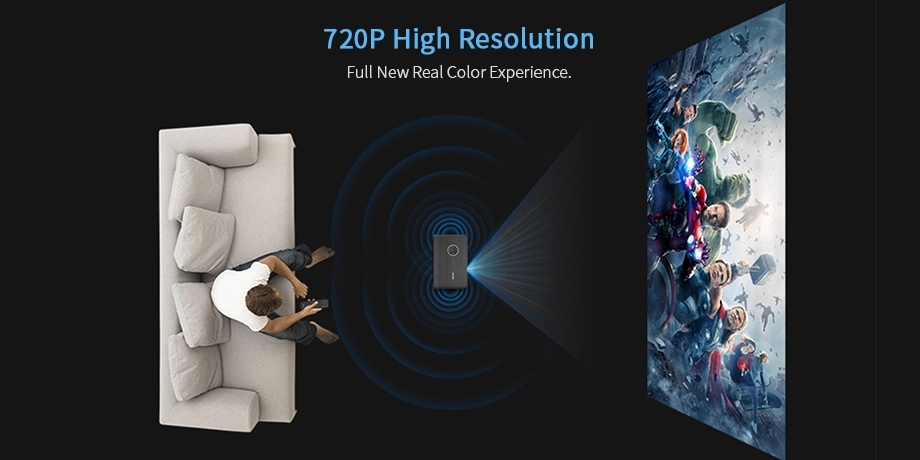 Brightness is one of the major factors that affect the viewing effect of the projector, especially for the young people nowadays, which can be said to be particularly sensitive to the projector screen. The Hotus H2 projector, which is popular among young people, has made great efforts in brightness. It uses a high-efficiency DLP light source to break through the shackles of brightness, making the brightness of the Hotus H2 projector reach 350 ANSI lumens. The high brightness makes Hotus H2 perform better in different environments, and watching movies on the 100-inch large screen is more enjoyable.

China Portable Projector Manufacturer has so many "secret weapons", and Windows 10 system is one of them. 99% of the projectors on the market are Android systems, and windows10 is undoubtedly one of the most advanced systems in the world. At the same time, Hotus H2 projector supports automatic keystone correction, no matter how the Hotus H2 projector is placed, it can automatically focus and correct the picture.

Many people have a great demand for the portability of the projector to cope with the use at home, company or other places. In response to this demand, Shenzhen Portable Projector Supplier created the portable smart projector H2. How portable and compact is it? Adults can master the Smart Hotus H2 projector with only one hand, and it is easy to put it in the bag casually. The small and light body allows you to easily switch between various usage scenarios with it. 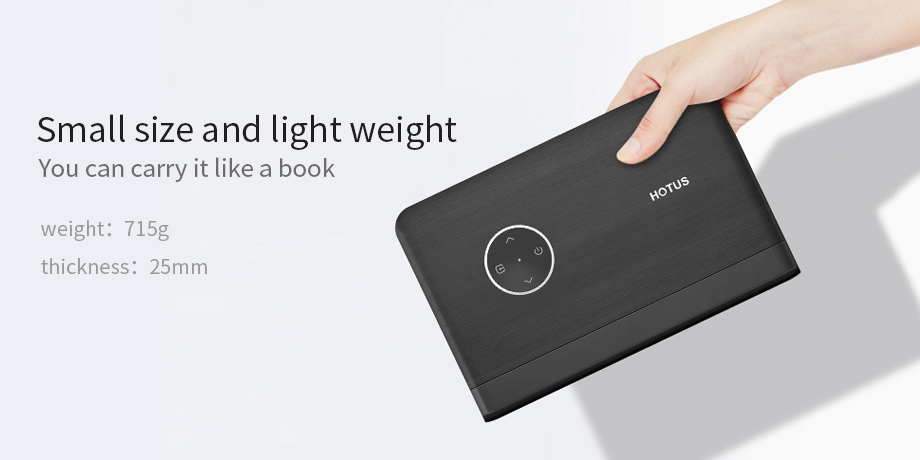 In order to improve the portability of the Smart projector H2, China Portable Projector Factory installed a 10,000 mAh high-capacity battery for it. There is no need to find a power source when projecting, and the Smart projector Hotus H2 can also charging at the same time when projecting, there is no need to worry about battery problems. In addition, Though Hotus H2 projector is small size , it can also project a large screen of over 200 inches, and it also has multiple functions such as side projection and auto focus. It is really "small but complete." . 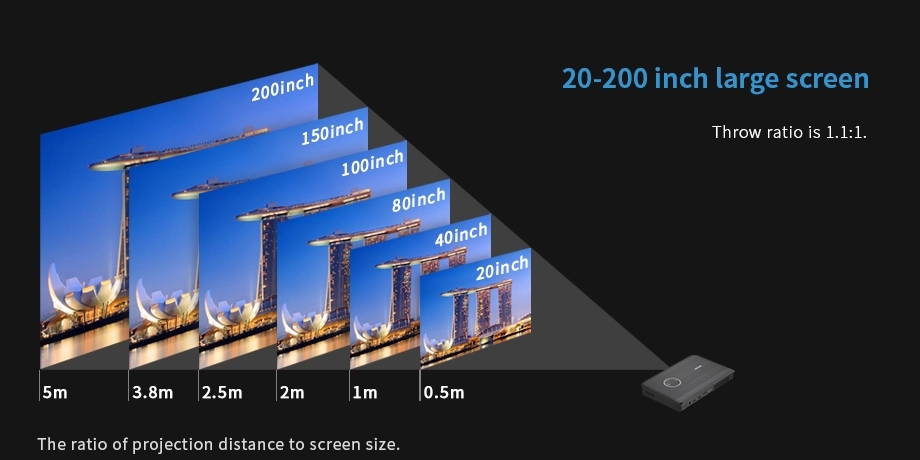